On December 6, 1925 fifty-four Carmel women met at the Pine Inn and signed their names as Charter Members of the Carmel Woman’s Club.  In the ensuing nine decades, events that followed and continue today reflect the living history and adherence to the organization’s by-laws’ stated goals of “. . . mutual help, intellectual advancement, social enjoyment, and united effort for the welfare of the community.” 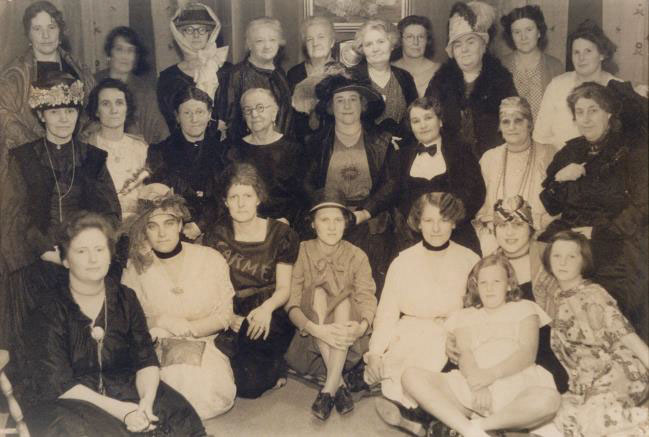 Memories of “Our Story.”

> In the early 1900s, various groups that developed into the formation of the Carmel Woman’s Club assumed responsibility for naming streets, maintaining town cleanliness and building an artistic watering trough for horses at San Carlos and Ocean which stands today as a World War I Memorial.

> In 1926 plans for an Institute of World Affairs are developed under the auspices of the Carmel Woman’s Club (CWC) bringing nationally recognized leaders and renowned speakers to the area.

> In 1928 the CWC leads a successful protest of objectionable signs on highways and buildings in and around Carmel: ordinance is passed by City Council.

> CWC raises money and “with hoe and rake” plants a garden in front of Harrison Library.

> In 1931 CWC works with City Council and Pine Cone to clean beach and sand dunes and help keep them orderly by supplying trash containers and signs.

> In 1932, donations by friends in the CWC produce the sundial that stands in the Harrison Library garden today as a memorial for one of its members.

> As the Great Depression continues in 1932, CWC raises funds toward the building of municipal tennis courts, providing work for the unemployed, and contributes to the Fund for Unemployment Relief.

> In 1934 with plants and shrubs, CWC members beautify the grounds of the Carmel Art Association’s new permanent gallery on Dolores.

> In 1938 CWC provides funds for Chinese refugees in the Sino-Japanese war zone and is thanked by the Chinese Consul General in San Francisco.

> As the CWC’s activities and expanding community services grow, the need for a Permanent home came to fruition with the purchase of two lots at the corner of San Carlos and Ninth Streets and construction of the clubhouse begins in June of 1948.

> Owing to the devoted efforts of its members, the building’s mortgage was burned ten years later in June 1958.

>From the 1960s through today, CWC’s extensive outreach programs grew rapidly with significantly expanded commitments to the betterment of the life of the Monterey Peninsula.

As the Carmel Woman’s Club looks ahead to continuing its tradition of community service, a brief look back since its establishment in 1925 shows a history of approximately 3,000 meetings, all of which were open to the public; the welcoming of more than 10,000 members over the years, and making the lovely clubhouse and its facilities available for over 1,000 non-profit rentals.

And in a spirit of inclusiveness, CWC has welcomed to its membership men, among who are former Carmel mayor Ken White, internationally renowned author Jeffrey Deaver and education consultant and race car driver Terry McHenry.

We proudly share “Our Story” of 97 years as it continues on with its mission of vibrant service to the community and to the betterment of the life of the Monterey Peninsula. We continue to be stewards in preserving our clubhouse in Carmel. 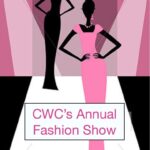 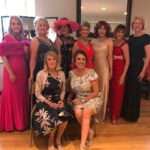